Broadening participation in science by integrating art with STEM

Visual-spatial ability underlies success in both art and science, yet few girls with this talent go on to enter STEM careers. At the root of the problem is the story we often hear about girls and science: many don’t see science as relevant to their interests, and they often see science as rote, uncreative, and passionless. We launched “Project STEAM: Integrating art with science to build science identities among girls” (NSF DRL-1224020) to counteract these views and connect to the existing interests of artistic girls.

At the core of the project is a series of 2-week summer academies for pre-middle school girls with an interest in art, held in both Fairbanks, Alaska, and Tucson, Arizona. Our project research looks at the ways in which participating girls connect new STEM interests to their existing art identities. The academies focus on the theme of “Colors of Nature,” and as such, participants investigate why and how animals and plants have the colors they do, from the macro to the micro scale. Activities include creating stop-motion animation based on function of color, designing art pieces with colored shadows, and creating art through chemistry. We also dissect eyes to learn more about detection of color. The academies culminate with a 2-day costume design that incorporates scientific principles related to color, which participants present to a public audience. Now in its fifth year, the project is focusing on disseminating our investigations and philosophy through kits and associated lessons (for our freely available Kit 1 lesson plans, follow this link: http://www.colorsofnature.org/education-kits/). 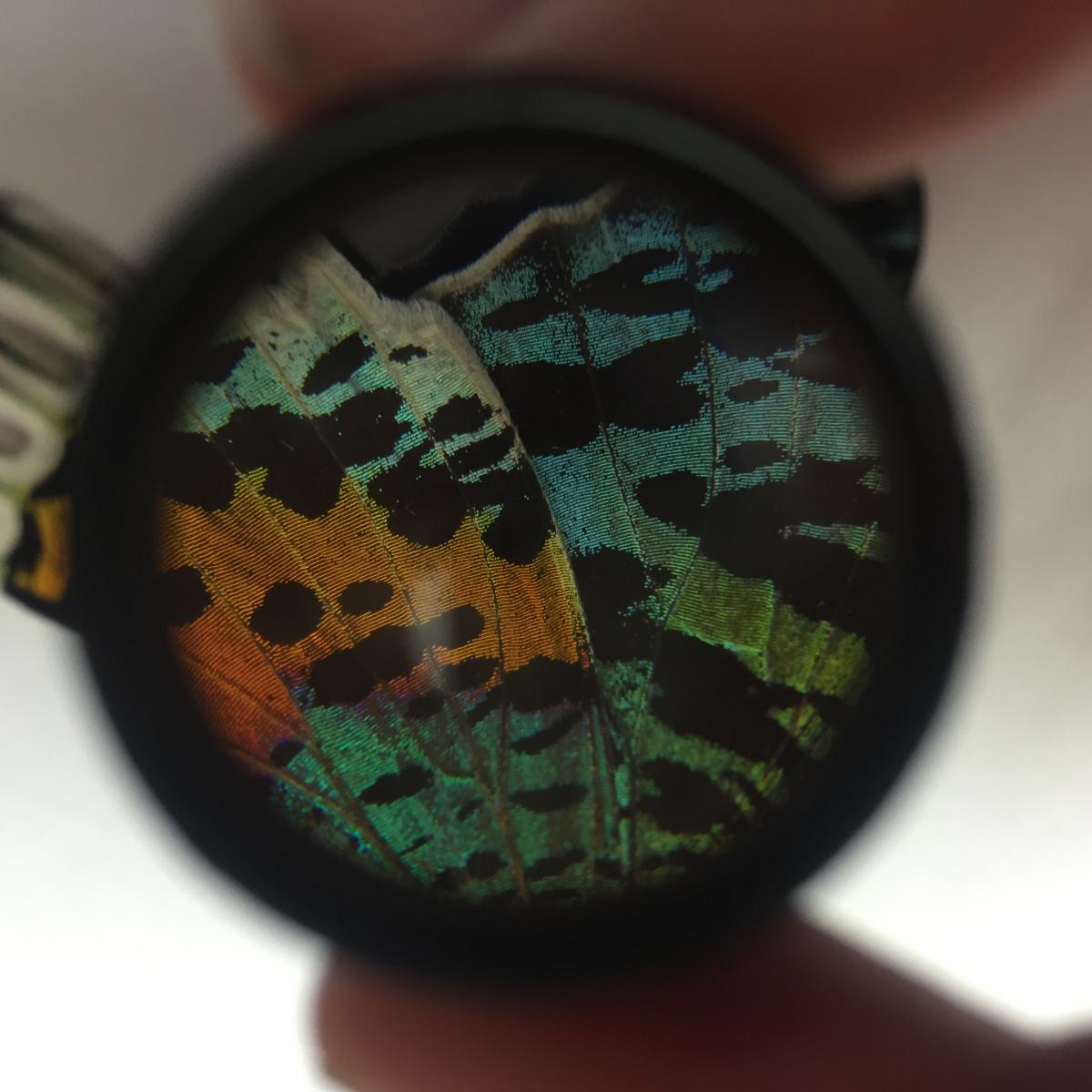 The project also offered a Science café series for girls and their parents, which highlighted women who integrate science and art in their careers. Research has documented that parents can sometimes hold unconscious, negative biases about girls’ science and math ability, as well as the suitability of science careers for girls. We wanted to counter this by providing relatable examples of successful women scientists who are doing work that connects with art and with our participants’ interests. 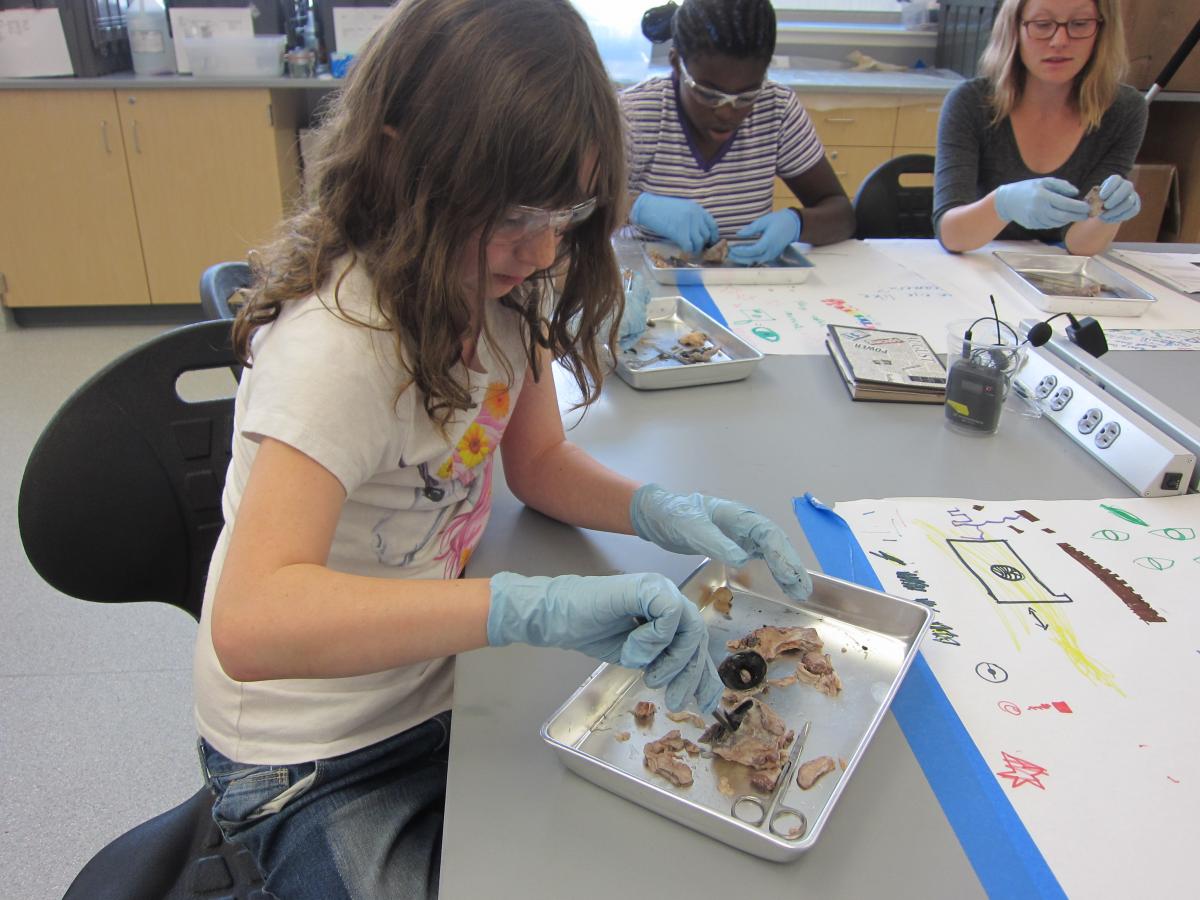 To design the project, we assembled a highly interdisciplinary team, with a biologist and science educator from the University of Alaska, Fairbanks (Laura Conner), an artist from the University of Alaska Museum of the North (Mareca Guthrie), an optical scientist from National Optical Astronomy Observatory (Stephen Pompea), and two learning scientists from the University of Washington, Bothell (Carrie Tzou and Blakely Tsurusaki). We used a design-based research process, in which we redesigned and re-implemented the activities based on outcomes we saw with the initial design. We hired female STEM and art graduate students to serve as academy instructors.

After implementing the project in Year 1, it quickly became apparent that we were asking the girls to engage in both art and science, but not always in an integrated fashion. A pivotal redesign came in Year 2, when our team had intensive meetings to determine how we could truly integrate art and science while being true to the practices of both disciplines. We found that sticking to core overlapping practices and dispositions, such as observation, open experimentation, creativity, and a willingness to see mistakes as opportunities, were essential to designing successful activities. 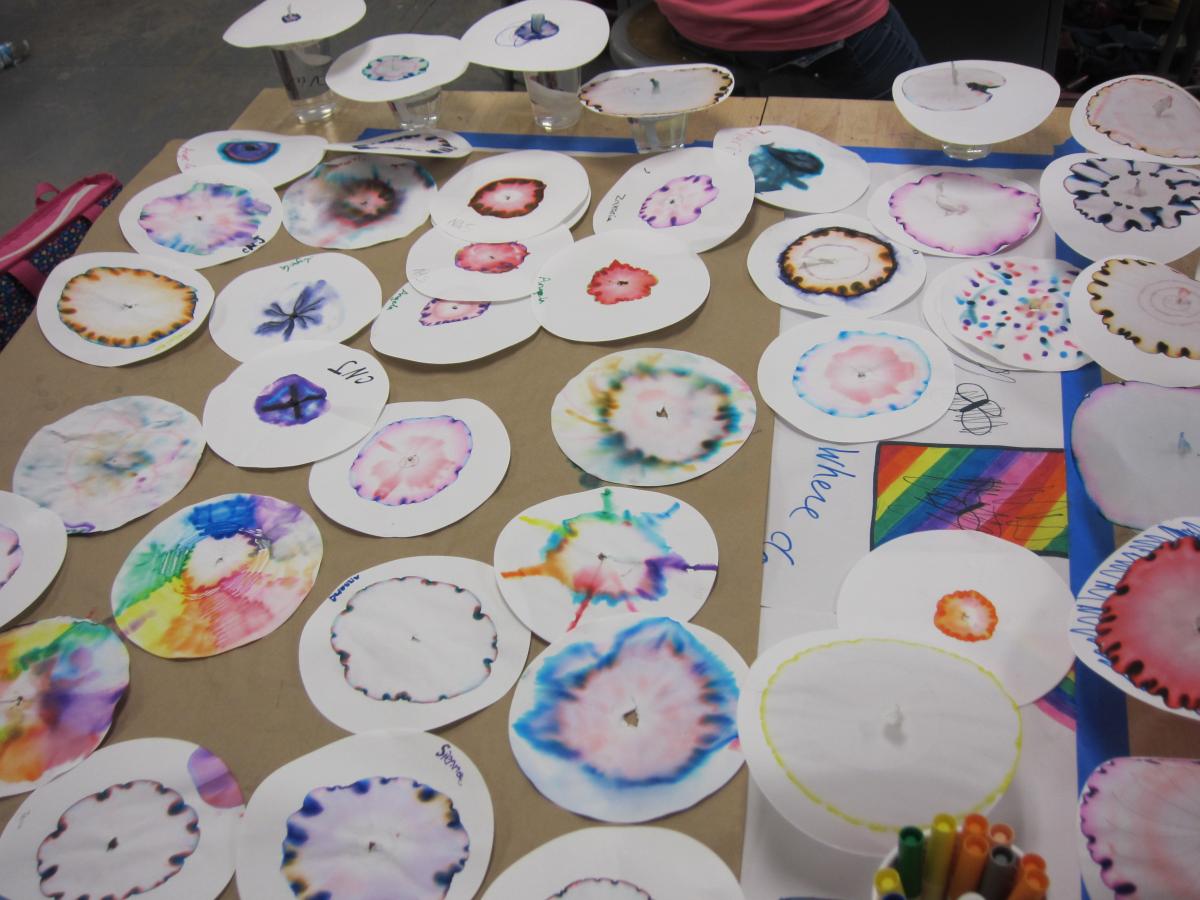 Our evaluation team, led by Angela Larson and Jennifer Danielson at the Goldstream Group, has documented a number of changes among our participants through the summative evaluation. The surveys we used measured changes in seven constructs related to science and art ability, attitude and engagement. We found that students underwent positive change in six of the seven constructs, including attitude about science careers, interest in science, knowledge about the nature of science, participation in science activities outside of school, self-concept of science ability, and self-concept of art ability. We did not see changes in interest in art, probably because we selected girls who were already highly interested in art to participate in the academy.

Our research also documented ways in which our approach of deeply integrating art and science impacts the participants. We found that the girls were applying practices such as hypothesis testing, experimentation, and observation across both science and art, and that they in fact started to blur the boundaries between these two disciplines. Some of the academy work offered unexpected opportunities for youth to engage in identity work, such as connecting cultural practices to the academy. For instance, one pair of girls created a stop-motion animation around the cultural practice of collecting bahidaj, or red cactus fruit, in their local environment. The activity, in this case, provided an intersection of science, art, identity, and place. 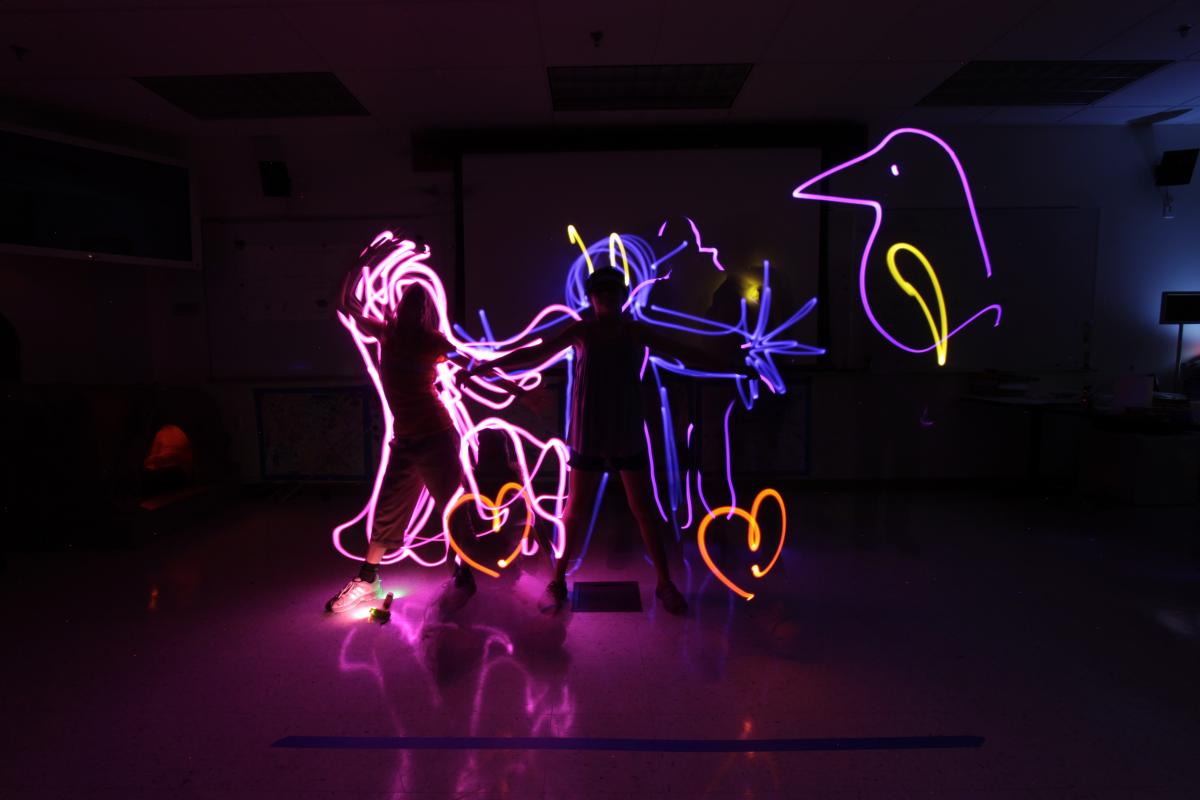 It has been an amazing experience for me to work with such a talented, diverse team. This project has really challenged me to re-think some of my existing assumptions about creativity. Additionally, while my background has afforded me personal experience with science practices, I knew less about authentic art practices. Engaging in deep, interdisciplinary discussions broadened my understanding of these practices, and their overlap with science, in important ways.

Overall, I believe that a STEAM approach has huge potential to help broaden participation in science. Our team will continue to engage in STEAM work this year by finalizing several kits that represent the “best of” the summer academies, including a chemistry/art kit, a biology/art kit, and an optics/art kit. We plan to continue to broaden our audience and widely share our core design principles through future professional development work.