“The battle for life on earth will be won or lost in urban areas”.
- Ahmed Djoghlaf, Former Executive Secretary of the Convention of Biological Diversity

Fordham University’s main campus at Rose Hill, and the Wildlife Conservation Society’s (WCS) world headquarters at the Bronx Zoo are neighbors that have often crossed paths and collaborated in education, and science research. Many WCS employees graduated from Fordham, and Fordham students and professors have long partnered with WCS to conduct conservation research across the globe. For many years issues of global conservation have been a driving theme , and presently the Fordham-WCS partnership also focuses on the unprecedented increase in urban population growth which threatens global conservation, ecosystem resiliency, and human health. More populated cities may lead to limited exposure to nature, and as a result urban populations can become increasingly unfamiliar or uninterested in the importance of nature in their daily lives. 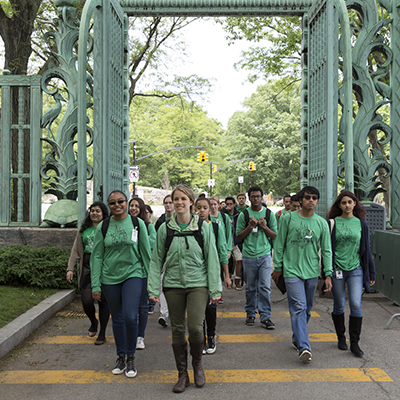 Through support from SENCER-ISE over the past four semesters, Project TRUE has provided mentorship to about 60 high school teens. The scope of the teens’ work can be seen on their blog www.wcsurbanecology.wordpress.com. Teen participants have referred to Project TRUE as their “cool class,” and one teen leveraged her activity in Project TRUE as a stepping stone to her Cornell University acceptance by basing her entrance essay on her experiences in the program. The effectiveness of Project TRUE has been evaluated using several different instruments developed by Fordham University and WCS staff, including pre-post surveys, teacher scored rubrics of teen final projects, and scientific content assessments. Data collected from the surveys and rubrics suggest that teens who participated in Project TRUE increased in their appreciation of the ecosystem services provided by natural areas in Brooklyn, NY. Other data collected suggest that the teens increased their understanding of how laws are passed and the importance of research to inform smart policy decisions. Together these initial findings from the pilot program indicate that teens in Project TRUE gained deeper appreciation of scientific research and the natural world around them. 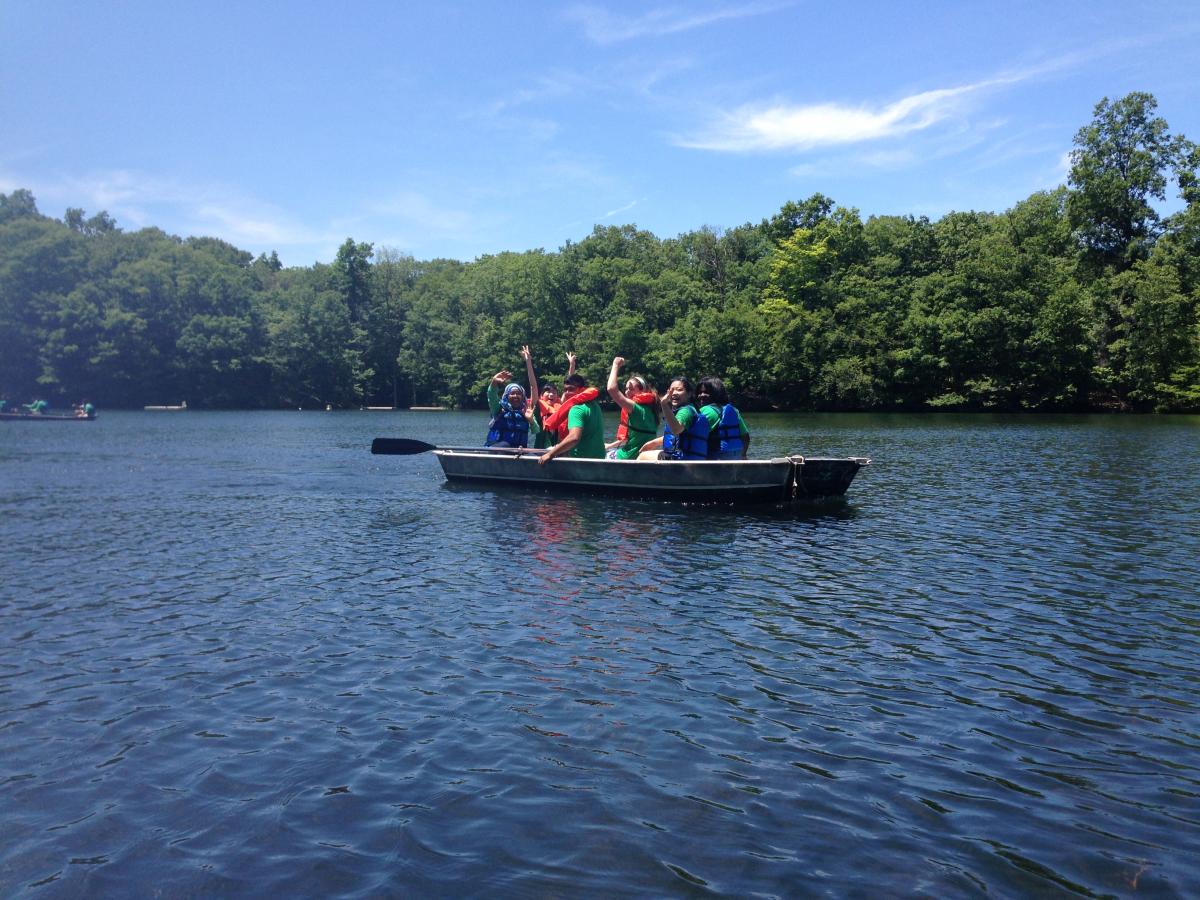 After piloting Project TRUE at a single site, Prospect Park Zoo in Brooklyn, NY, WCS and Fordham were recently awarded a $2.6m National Science Foundation AISL grant (http://informalscience.org/projects/ic-000-000-010-153/Project_TRUE) to scale up to a full tiered mentoring model to include additional sites across New York City. The full project, launched on June 4, 2015, involves four WCS instructors, five graduate students, 18 undergraduates, 50 high school teens and a project coordinator. The program will run for seven weeks during the summer at four different city zoos. With the support to scale up,high school teen participants now have five times more exposure to science mentors, and five times more time to be able to conduct science research projects. The teens will continue to disseminate what they are learning to broader audiences through digital media sources as well as through public presentations to zoo visitors who attend the Prospect Park Zoo, Bronx Zoo, Central Park Zoo, and Queens Zoo.

Partnerships can be strongest when they involve parties that have different perspectives and areas of specialization yet share a common goal. However, communication between collaborators who bring distinct areas of expertise can sometimes be challenging due to cultural or vernacular differences. Project TRUE overcame these challenges by cultivating and maintaining a shared perspective on a common goal, to teach teens how to do science in an urban ecosystem. Fordham research scientists, graduate/undergraduate student scientists, and zoo educators also learn from each other in Project TRUE; the scientists learning how to communicate science to broad audiences from the zoo educators, and in turn zoo educators learning about scientific content and methods from Fordham scientists. As a result, all participants in Project TRUE benefit from the collective expertise. 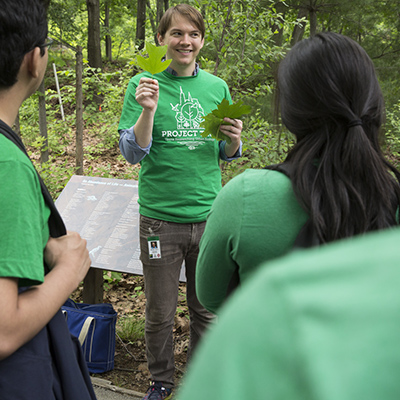 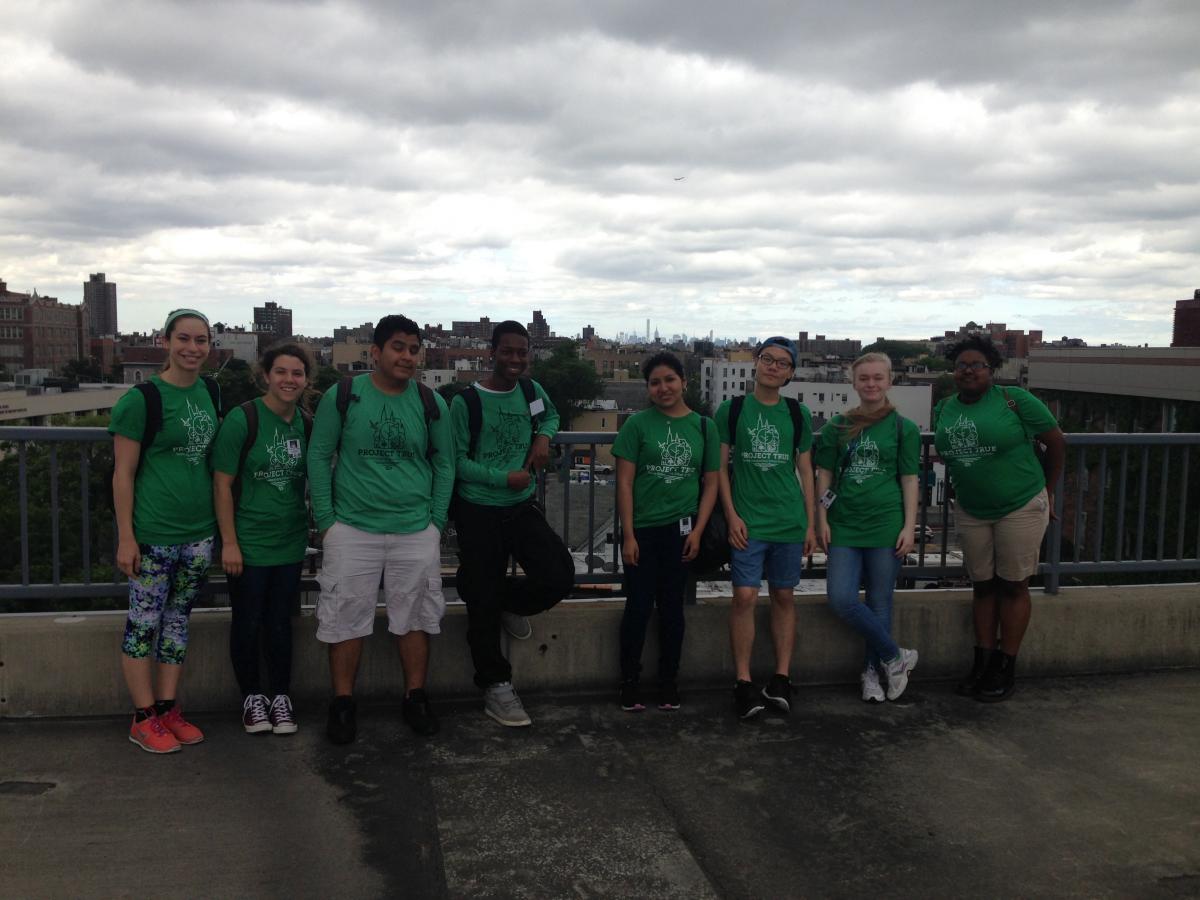