Skip to main content
InformalScience.org is getting an upgrade! Let us know if you have feedback as we go through this process. Email Us
News

The NSF 2026 Idea Machine is a competition to inform the U.S. agenda for fundamental science, engineering, and STEM education research by proposing new “Big Ideas” for future investment by the National Science Foundation (NSF). Each of the four winning Big Ideas will receive a cash prize of $26,000 and its authors will be invited to a recognition event in the Washington, D.C. area.

In the nearly 70 years since it was founded, NSF has played a critical role in establishing U.S. leadership in fundamental STEM research and education, advancing knowledge and creating innovations that drive the nation's economy and enhance its security, and in training the next generation of scientists and engineers.

The NSF 2026 Idea Machine is NSF’s way of asking the public and research community for input on the nation’s long-term research agenda. NSF’s original set of 10 Big Ideas announced in 2016 was generated by NSF staff based on ideas from the research community. For the next set of Big Ideas, NSF wants to hear from all interested stakeholders – including the general public – about the most important and potentially transformative basic research questions.

Head to the website and read the submission guidelines, eligibility requirements, and other rules. 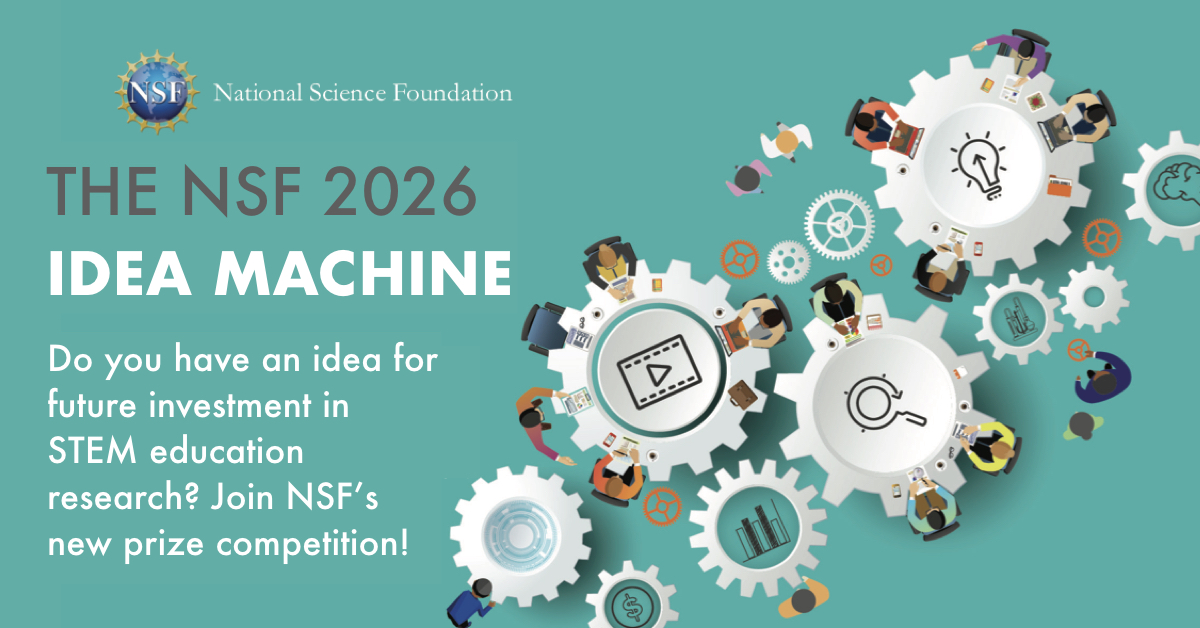