The Community Science Workshop Network (CSW Network) exemplifies how a successful NSF project can carry on after federal funding ends. San Francisco’s Mission Science Workshop (MSW) was established in 1991 as a space where community members could drop in to tinker, make projects, and explore their world through science. From 1995 to 2010, the NSF funded a series of dissemination grants (NSF-9552572, NSF-0104743, NSF-0400403, and NSF-0942613) led by San Francisco State University to replicate the MSW model by establishing Community Science Workshops (CSWs) in underserved communities, first in California, and then nationwide. When NSF funding ended in 2010, project partners formed the CSW Network as a new nonprofit to continue the crucial work of connecting and expanding the CSW sites.

Four defining characteristics of a successful CSW program have emerged over the past two decades of development and testing:

CSWs are in neighborhoods. Each program maintains a permanent public space that is within walking distance to low-income homes and schools, and is dense with science exhibits as well as tools and materials. User-generated content and locally hired educators foster familiarity and agency for participants.

CSWs are open-door. Drop-in hours minimize barriers to participating youth and families, and a variety of other programs provide multiple entry points in time and space: afterschool, during the day, on field trips to the CSW, and via mobile programs at rural locations.

Looking Back: Evaluating the CSW Expansion 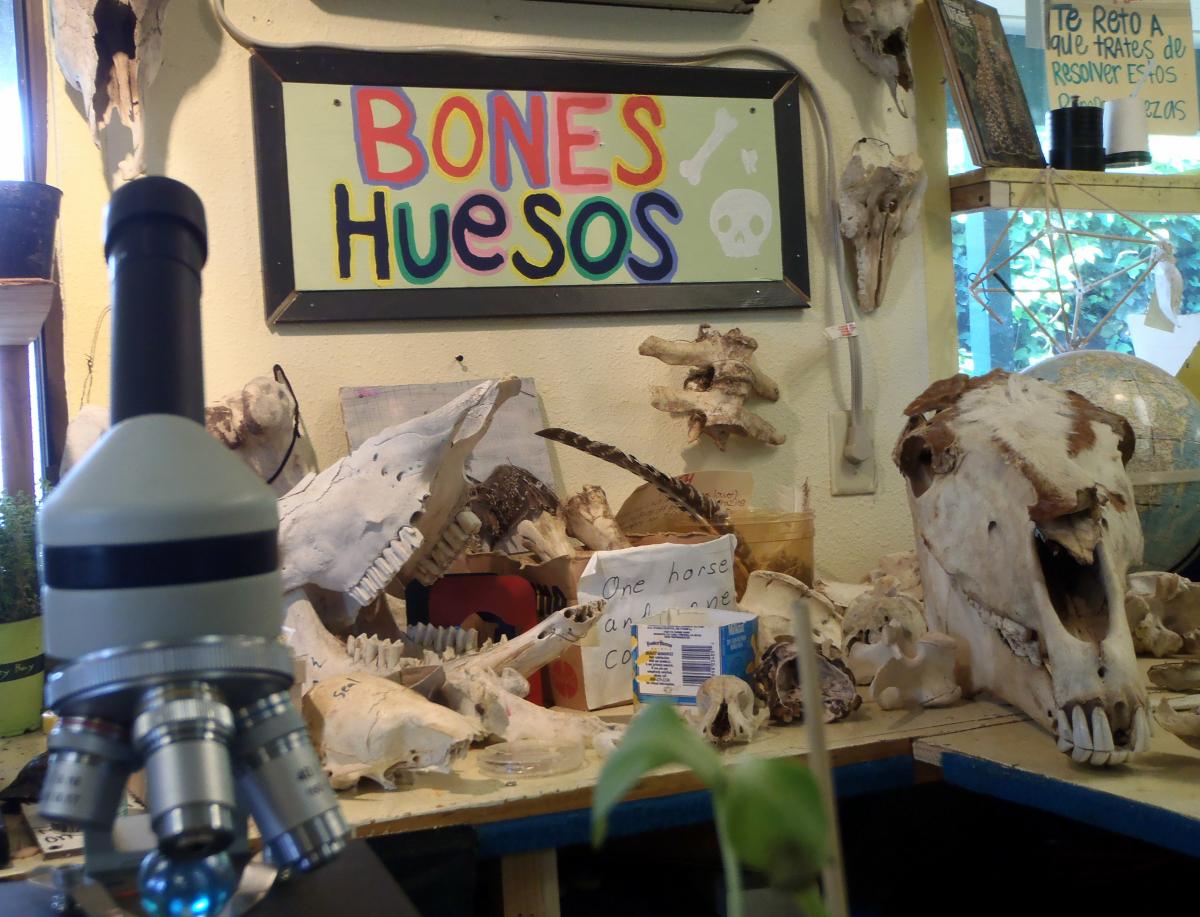 Microscopes and horse skulls brought to the Watsonville CSW through the CSW Network Exhibit Development program, which purchases new equipment and facilitates the exchange of specimens and tools between sites.

With six new CSWs established in California, as well as sites in six other states, the NSF-funded CSW expansion broadened participation with new audiences of young people to see science as part of their everyday lives.

Inverness Research published an Evaluation Portfolio in 2009 that that examines, in detail, the CSWs’ strengths in being replicable, cost-effective, sustainable, and having a high impact on the self-perceptions and learning skills of underserved youth. The report also highlights a major challenge identified at the end of the expansion project: maintaining a robust network of CSW sites after the sunset of NSF funding.

The original NSF project was designed for long-term sustainability of individual programs, as evidenced by how embedded CSW sites are in their communities today, when adults who participated as children bring their own children to the CSW, and 30% of adult staff in the state are former students or parent volunteers. However, the strategy for sustaining the network infrastructure connecting the CSW sites proved more challenging. By the beginning of 2010, interactions between national sites and the California group had become minimal, the network website had gone dark, and there was no longer any mechanism by which CSW sites could coordinate their activities.

Stepping into the Gap: The CSW Network

The need for ongoing funding of network infrastructure was urgent and immediate. While individual sites continued to provide thousands of young people in underserved communities (120,000 visits in California in 2011) with access to inquiry-based informal science education, they couldn’t maintain the network-level activities so critical to long-term success for all: shared staff development, opportunities for site directors to meet and plan programs together, joint fundraising, public advocacy for the CSWs, and research on the impact of the educational model.

The CSW Network was formed in 2010 with support from private funders to address this need, and now supports five core member CSW sites in California. The Network began with the California sites, as these were the programs which best weathered the winding down of federal funds and in part because geographic proximity made it easier to stay in contact and provide mutual support without a funded network infrastructure.

In the past three years, the CSW Network has started three new CSW sites, provided access to more than 20 statewide professional development events for CSW educators, facilitated strategic planning for each site, and launched an ambitious pilot research project exploring the impact of the CSW educational model on students’ engagement, self-identity, skills, and choices in science. An online database of CSW activities and projects developed at all sites is now available, published on the CSW Network’s website along with news, photos, videos, and research on impacts of the programs. The CSW Network has been able to collectively fundraise for the CSWs with new support at the local and state level. New partnerships with the Exploratorium, Maker Ed, and the State Department of Education have developed through the CSW Network’s role as a central organizing hub for the community.

Looking to the Future 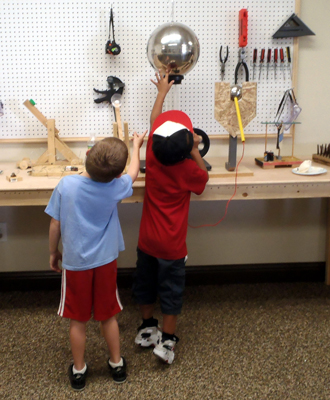 Kids explore static electricity at the grand opening of the Sanger Community Science Workshop, established by the CSW Network in September 2013 in the rural Central Valley of California.

As with all networks, we are often asked, “When will the CSW Network be self-sustaining? When will you stop needing outside funding?” Our answer is: when the Community Science Workshops are so well supported individually, that they no longer need the advocacy, services, and resources that the Network structure provides. For now, we are finding success in centralizing those roles, and letting the grassroots CSW programs focus on collecting local fossils, wiring up soda bottle cars and other engaging activities while the CSW Network provides infrastructure for long-term sustainability of the movement that the NSF support launched in 1995.