Black, Indigenous and other People of Color (BIPOC) Voices: Interview with Morgan Halane

Dr. Morgan Halane is a New York City-based biologist with a focus on plant immunity. Dr. Halane is a co-founder of Black Botanists Week and has worked for Aanika Biosciences and the National Park Service.

Please tell us how you first became curious or excited about nature, or science?

I’ve been excited about nature and science in general honestly for as long as I can remember! I was obsessed with African fauna. The local library had a limit of 10 books to check out and all 10 of them were focused on African wildlife. I collected Zoobooks and Wildlife Fact-File cards and skipped cartoons in favor of Kratts’ Creatures episodes on TV. I was so obsessed with animals that my late Grandfather gave me the advice that “there’s more to life than animals,” which is even more profound now that I study plants! 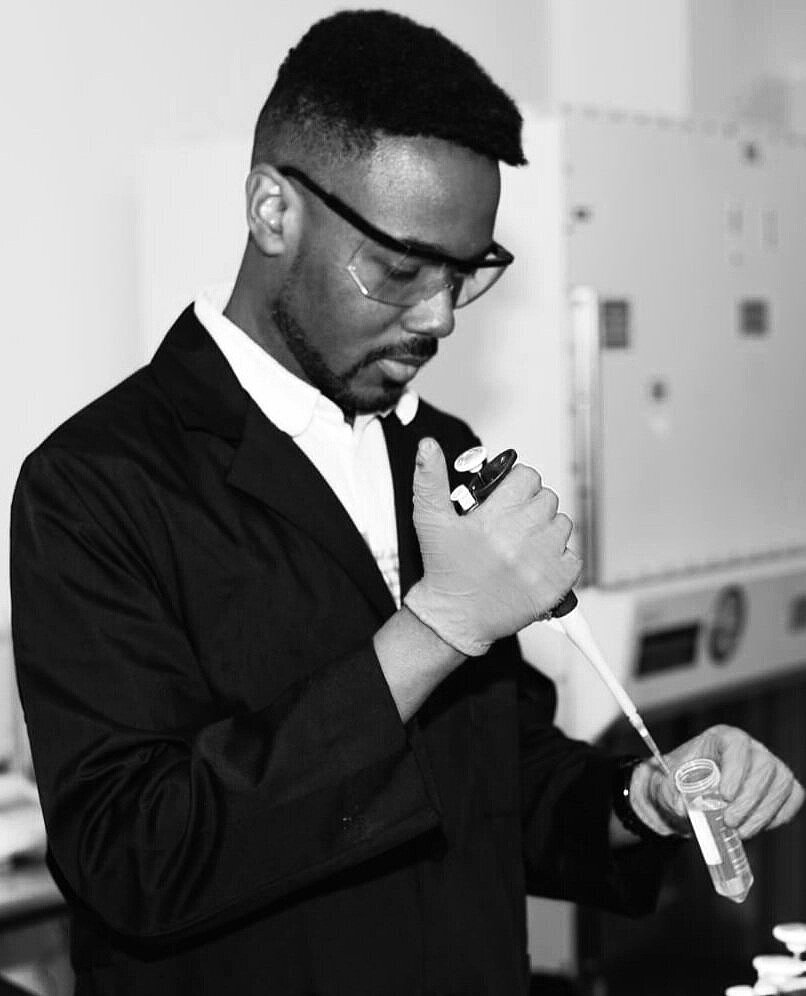 What happened next? How did you sustain and support your interests?

I kept reading but expanded from non-fiction and more into fiction, specifically sci-fi and fantasy (which I still read to this day)- I liked reading about fantasy animals and how things operate on different fictional planets and comparing them to our own.

Black in X events have highlighted the importance of representation in STEM and CAISE has closely followed and amplified this work since its emergence last year. What has it been like for you to observe and experience these initiatives?

It’s been such a breath of fresh air! In many of our spaces we’re the only Black person in the room, so to connect with so many other Black scientists virtually and connect through our shared joys and concerns of being Black scientists has really been healing in many ways, particularly amidst the backdrop of the murders of Breonna Taylor, George Floyd, Ahmaud Arbery, and more, along with the devastating Covid-19 pandemic which has disproportionately killed Black Americans in our country. It’s not only a timely but necessary movement in my view. The changes we make in our own scientific spaces have already rippled out to other spaces. 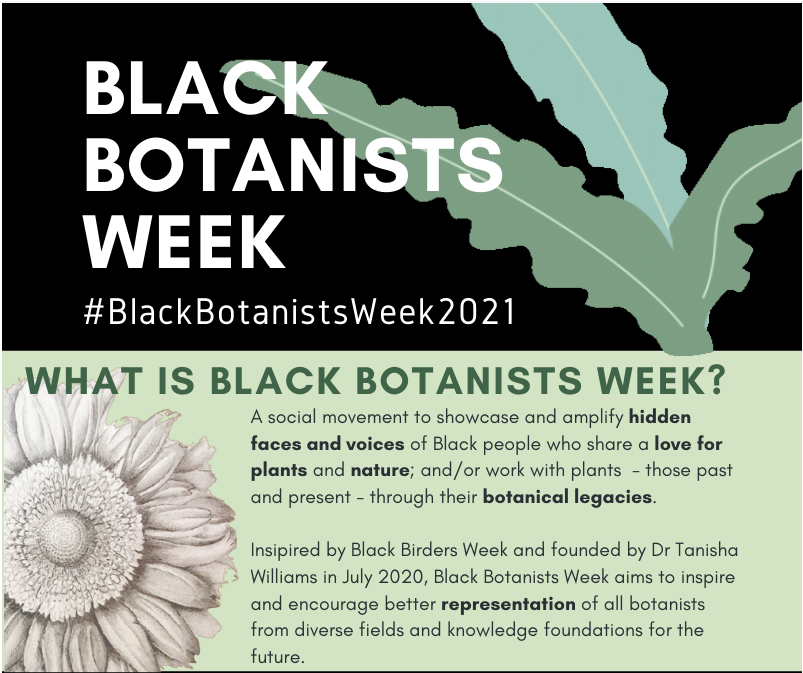 You are one of the co-founders of Black in Botany week, which is taking place from July 26th to 31th in 2021. What was the impetus for starting it, and how are you hoping people will engage with the events?

We were a result of the Black Birders Week social media initiative which was itself spurred by the racially-motivated birdwatching incident in Central Park recorded by Christian Cooper. Dr. Tanisha Williams put out the first call to organize and it evolved organically from there! We’re hoping that people interact with our social media posts- more importantly, in my view, is to meet and connect with new people. There are so many Black plant scientists and plant enthusiasts out there and this is a great way to find out what they do and what interests them.

Our audiences are professionals who either design, implement or study informal STEM learning and science communication experiences and settings. As an educator, what are some of the approaches that you feel are important to consider when thinking about and creating inclusive and equitable activities and environments?

One key part of my teaching philosophy is being constantly aware that students don’t walk into my classroom with the same backgrounds and with the same resources. Their life experiences matter and have a direct impact on their classroom experience. My students come into the classroom with walls that can impede learning, not merely self-built, but walls that their circumstances resulting from long-term racism and inequities have built for them. I think that it's even more important to be actively aware of the walls that students in informal STEM settings bring with them. In informal settings, students are often not at the same grade level or may not enter into these learning experiences with any STEM background at all. Being very conscious of not assuming what each individual brings with them to the experience is critical. Students often bear the brunt of criticism when problems arise during learning experiences when in reality so much is a result of their environments outside of a particular learning opportunity.

We learned that as an undergrad you did a capstone project on adapting Philip K. Dick's novel to the movie Bladerunner. Any favorite lines from the book or movie?

Great question! I haven’t read the book in many years but watched the film more recently so I would have to go with the legendary Rutger Hauer’s famous “Tears in Rain” quote: “I've seen things you people wouldn't believe. Attack ships on fire off the shoulder of Orion. I watched C-beams glitter in the dark near the Tannhäuser Gate. All those moments will be lost in time, like tears in rain. Time to die.” It’s such a hauntingly beautiful quote! A close follow-up would be the end with Edward James Olmos standing in the rain and delivering the line "It's too bad she won't live, but then again, who does?"